Hot vs Cold Water Washing & Fungi – Which is Better? 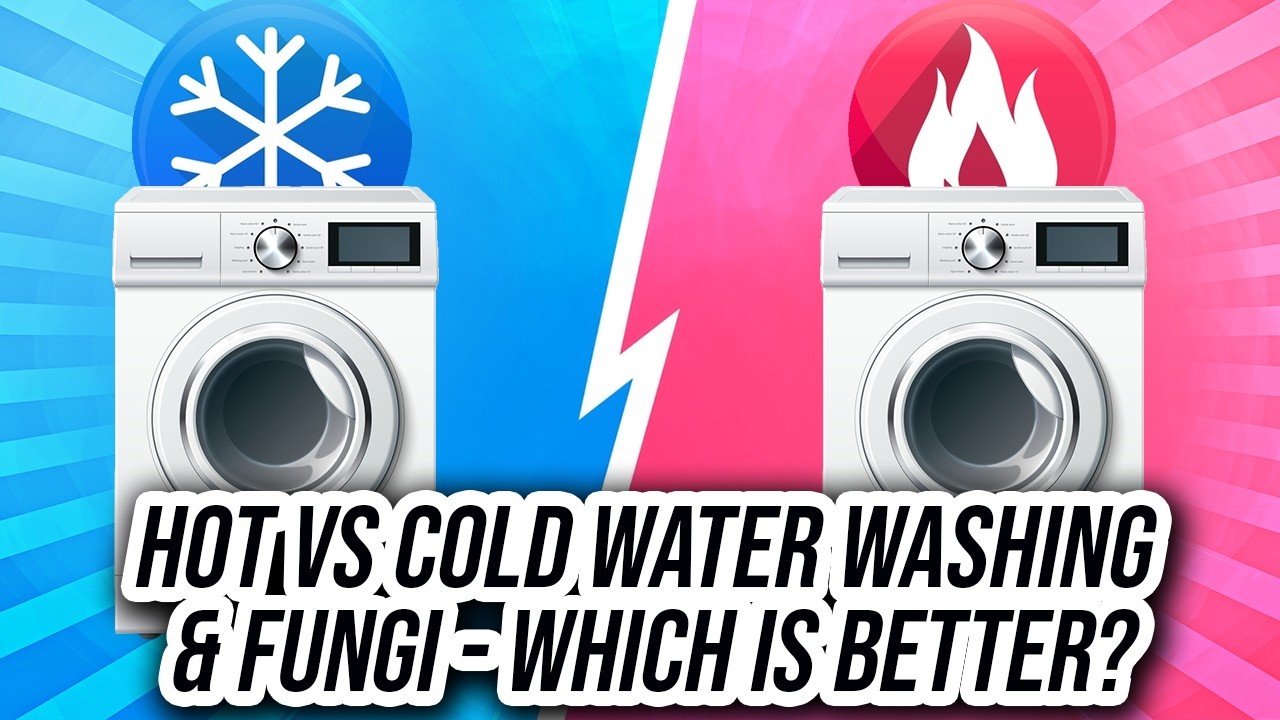 Hello, and welcome to the Mould Show. My name's Dr Cameron Jones. I'm an environmental microbiologist. And today we're going to be talking about mould, of course. But specifically how you deal with water damage or mould contaminated textiles. That's right. Clothing. How do we wash these? What is the best way of washing clothes to get rid of mould?

And the reason for this is not a week goes by without someone ringing me up to ask me this exact question, what is the best way of getting mould out of textiles and of our personal property? And again, the reason I wanted to do this show on a Sunday is that tomorrow I am spending the next couple of days as an expert witness working on a case for a solicitor. And all of their questions revolve around the answer to this. Can we get mould out of textiles and clothing?

And if so, how? And how successful is it? In doing some preparation for that legal case, I wanted to present you with some of the more recent research evidence straight out of the literature. The topic for this week is hot versus cold water washing and fungi, which is better? And to answer that I'm going to be going through this academic paper. All of this is going to be in the links that are going to be provided in the description of this particular podcast and live stream. But I'm going to bring up the title of this publication now. Because the focus of this research, it just came out in the Journal of Fungi on the 23rd of May, 2022. [Effect of Household Laundering, Heat Drying, and Freezing on the Survival of Dermatophyte Conidia].

And the title focuses on the effect of household laundering, heat drying, and freezing. Does this actually work? And I certainly know that occasionally when I have purchased jeans, the people who sell those jeans, they've often said, "You don't need to wash these. You can just put them in the freezer." Does this work? Well, I'm going to show you what the scientists have to say about this.

And again, many of us think that there is a connection of course, between the temperature tolerance of particular microbes and whether or not they're resistant to this. And you would imagine that boiling water is used to get rid of pathogens in water. Well, does this mean by putting your clothes just on the hot cycle in the tumble dryer, can we actually reduce the population of microorganisms? And again, this publication is going into some significant detail about this.

What I want to bring to your attention is exactly what these scientists were doing. And to do that, it's probably easier if I cut away and talk directly to the publication and I'll voice over what the research is actually setting up and showing. Essentially, the scientists were looking at these three different aspects of cleaning, whether or not there is a relationship between the hot and cold water cycle, whether or not hitting up your clothing or even freezing your clothing could have an impact on fungi.

And so, we are going to be looking at how these scientists were looking at reducing the population of dermatophyte fungi. And why I've chosen this particular publication is that these types of fungi are reasonably resistant to denaturing or getting rid of them. And they're a really good model for what you could expect when your clothing is contaminated in a water-damaged building. What we're going to do is that we are going to be fast-tracking through the abstract, and we're going to go through to see exactly what these scientists did.

And so, what they were doing is that they created some, or they made some gauze pads and they deliberately infected these with three types of fungi. And these three or four types of fungi are really important that you are aware of. And then they were looking at whether or not you can get rid of them by heat drying. And they were putting this into a domestic drying machine. And then putting it on for either 100 or 150 minutes. And they were also testing out laundromat drying machines as well, which were coin-operated and done for 10 minutes. That's the context of the research here. And then they were also looking at whether or not laundering at different water temperatures would impact on these three types of fungi.

And I want to zoom in on the research conclusions because I know that's why you've come to this channel because you want to know what is the best way to get rid of these types of fungi on your personal property. Let's just look at the fact that there are these three types of fungi that have been deliberately inoculated onto these gauze sections, and then they're looking at laundering. The first experiment is looking at laundering with and without detergent.

And the first thing that you can see is that with detergent and without detergent. These are the two classes of results here. And the pluses represent that there was growth of dermatophyte fungi when they actually took those gauze pads and worked out whether or not there were any residual microbes on them. And you can see that at 40 degrees Celsius for 100 minutes, all of the different fungi were culturable out the other end. And yet at 60 and 90 degrees Celsius for 100 minutes or 150 minutes of laundering in your washing machine, they were able to get an excellent kill rate.

Now, that's what you want to see. Now, without detergent, you see the same results. This is really, really interesting research, suggesting that whether you use detergent or don't use detergent, as long as you wash at 60 or 90 degrees Celsius for a long period of time, you will be able to get rid of these fungi.

And when we look at heat drying on the other panel here, putting your clothes and tumble drying them without washing was unable to get rid of these particular fungi. This is a really interesting publication because it goes into some detail about the different mechanics of laundromat washing machines versus domestic washing machines. But the take-home message is that despite a lot of the marketing push behind washing with cold water being extremely effective, at least for the dominant class of dermatophyte or foot fungus that causes athlete's foot, you are not going to be successful with cold water.

And the key way of getting rid of fungi on textiles is to use a hot wash at 60 degrees Celsius or 90 degrees Celsius for an extended period of time. That's it for the Mould Show this week. This is the key message I wanted to tell you about. That if you want to get rid of fungus on textiles, on porous and semi-porous, personal contents that are amenable to washing machine use, forget about the cold wash cycle. And you don't even need detergent. My name's Dr Cameron Jones. I'll be back next week. See you then.