How best to wash clothing to reduce germs

Hello and welcome to this week's edition of The Mould Show. And I wanted to bring to you something really interesting this week, and we're going to be doing something a little bit different this week. I'm going to be introducing my three-minute science recaps. And the reason for that is that often people just want the answer. And what is the answer this week? Well, I've got to tell you what the question is.

Earlier in the week, ABC Radio rang me and wanted my opinion on heated towel rails and whether or not they were able to disinfect towels so that the germ-carrying capacity of your home laundry would be less of a problem. I wanted to dive into the literature when I was preparing for this to find out what the scientists had to say about commercial laundry versus domestic laundry. This is a really interesting problem because many of my clients are dealing with mould exposure.

And if they jump online, they can find lots of different viewpoints with regard to whether or not they have to throw their clothing out, whether they can effectively deal with reducing mycotoxins and the presence of mould spores by washing them, or whether or not they need to quarantine those items and essentially replace them with new. I wanted to see what the research literature had to say about this question, and I'm going to be bringing you the answers. But before I do that, I need to review what it is to have a problem with your laundry.

Obviously, if you're using your towels in your bathroom and they haven't been washed for a couple of days, they might begin smelling. Well, that odor is definitely germs, bacteria, yeast, and fungi that are probably growing on the residual moisture, and all the skin cells that are present on your towels. So what happens when you put them into your washing machine?

But firstly, how long do these germs live? What's going on? Well, obviously everyone's always interested currently about the persistence or the long-term viability of the SARS-CoV-2 virus. 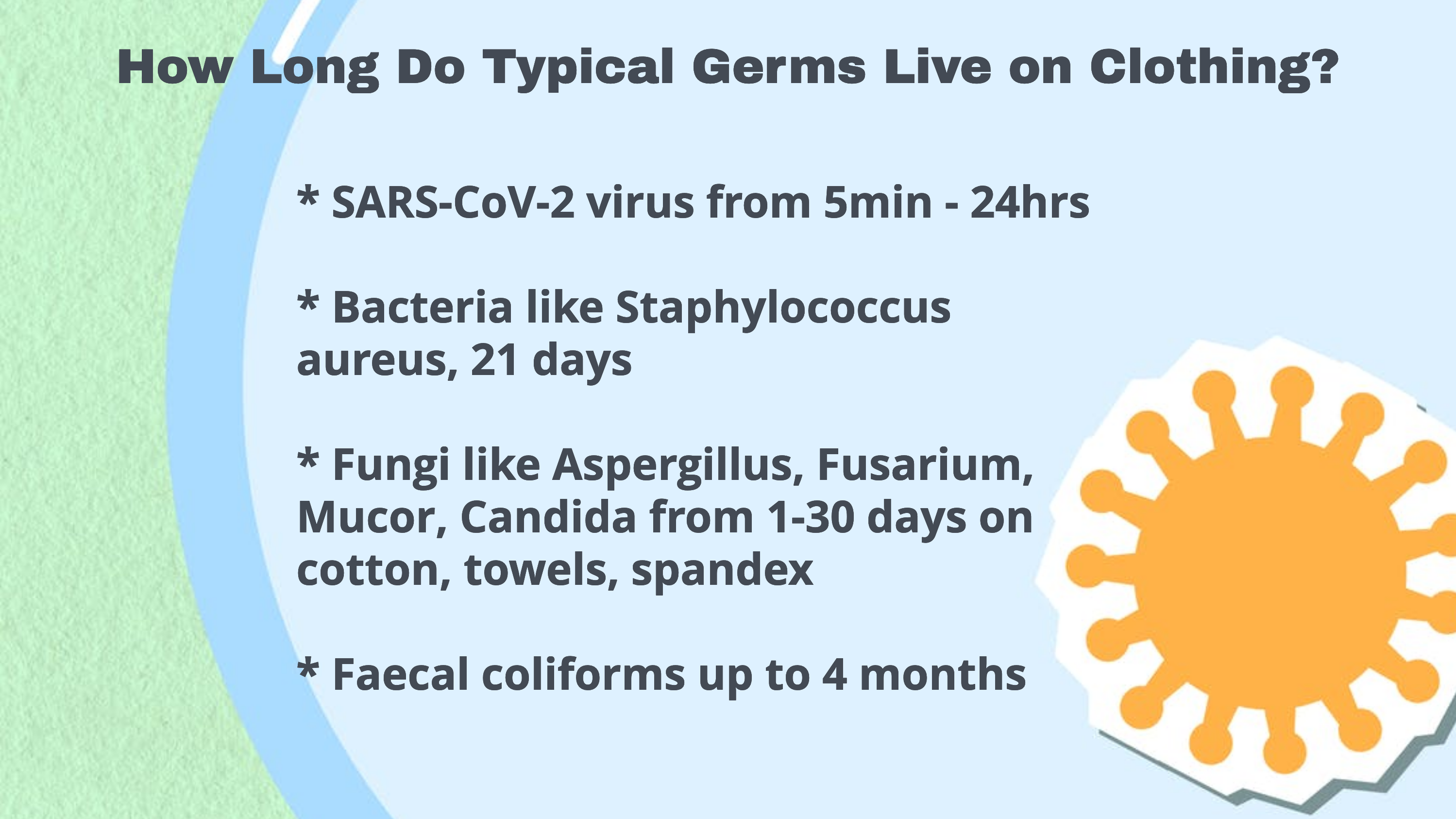 That's the reason why there is very important research literature on how best to clean. I'm going to be telling you how I think you should be cleaning based on what the literature says, and they say you should always use the hot water cycle on your washing machine. Use the water and let it heat up for at least 60 degrees Celsius for at least 10 minutes. Use a detergent because it is the mechanical action of washing with something that can lift the stains which leads to the cleaning action.

Obviously, after the clothes have been washed, you want to tumble dry them or dry them outside in the sun. The reason for that is you want to get rid of as much moisture as possible. The final thing, which has been definitely shown to reduce the population of microorganisms on freshly laundered items, is to actually iron it. All of these heat sources lead to a reduction in the population of microorganisms on it. 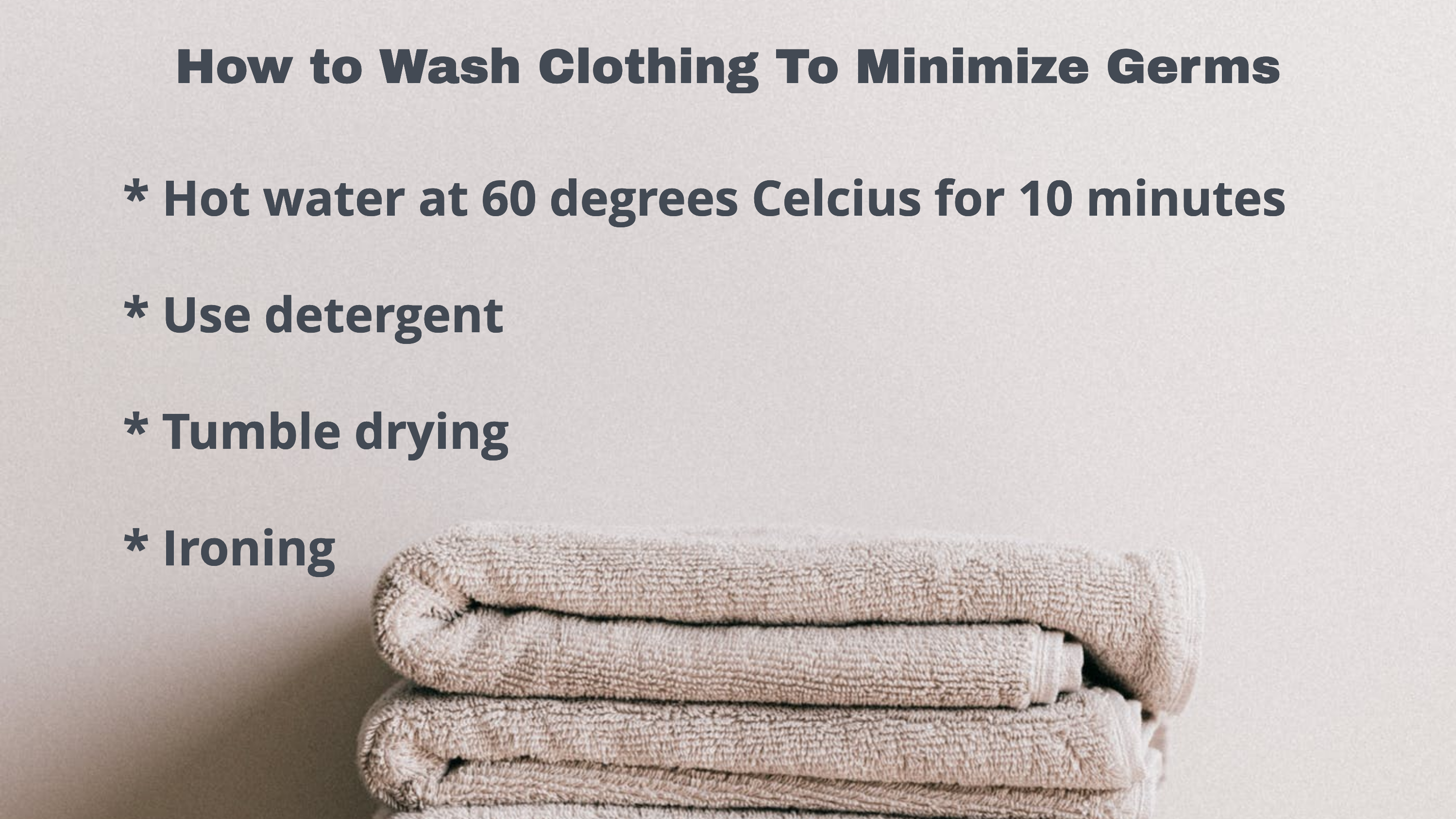 And if you want an answer to the question, do the heated towel rails disinfect or sanitize your towels, no, they can't, because there is no way that that amount of heat can cause a sterilant action. But it might make your tails feel good, and that in itself might be a beneficial thing, but they're not necessarily going to do anything other than lightly warm your towels. That could help to some degree with reducing condensation in your bathroom, but they're not a substitute for regular washing of your towels in your washing machine.

In any case, my name's Dr. Cameron Jones. These and more tips you can find weekly on The Mould Show Podcast. I'm also participating increasingly on an audio app called Clubhouse, and I would encourage you to join us there twice a week. Myself and colleagues internationally, we have an international panel do something called The Mould Exposers, and we talk about various different aspects of mould biology, mould detoxification, and practical things that we can all do to minimize the impact of this.

As well, I have set up a Building Biology Club on Clubhouse, which is further going to explore many different aspects of the microbiology of the built environment. In any case, if you're interested in this and these topics, I'd encourage you to watch and follow and distribute content such as this. In any case. I hope you've learned a little bit about how best to clean your items of clothing using your washing machine.

Just remember: hot water, minimum 60 degrees Celsius, 10 minutes, use a detergent tumble dry afterward, and depending on the garment, iron it. That is going to be your best bet for reducing the number of germs on your washed garments. Bye for now. Have a great week. See you next week.